I’ve been struggling to lose weight for about the last 5 years. And by struggling, I really mean I was having trouble finding a “Quick Fix” program that actually worked. I’ve since come to the realization that these “Quick Fixes” are either unsustainable, unbearable, or simply didn’t work for me. But for those that are interested in their reviews, have a read below.

I bought a celebrity Slim starter pack when I was about 21. This was my first real attempt at any sort of shake program. I contained shakes and a few snacks, and the booklet that explained the program claimed it was a Low Carb program. For anyone who doesn’t know Low Carb, that means less than 20g of carbs a day. Well, just one of these shakes contained 15g of carbs! The program tells you to have 2 shakes a day, plus 2 snacks, and a meal…. That adds up to at least 40g of carbs, twice what a low carb diet actually is! The shakes were terrible, I’m talk gag worthy. The soup wasn’t as bad, but it all had this horrible chemical aftertaste. The only shakes I could bear to drink were the banana ones. Following the CS plan, I lost 5 kg in one week. I fell off the terrible shake wagon after a week, but surprisingly the 5kg that I’d lost didn’t pile back on. About a month later, I gave it another go, but the shakes made me feel sick to my stomach, and I only lasted another 2 days on the program before I couldn’t take it anymore.

My Mom is a huge fan of this diet. She’s been on it for the last 10 years, and has developed all sorts yummy desserts that are diet friendly. I’ve been on this one on and off a few times, and I find this diet extremely easy to follow. We’re talking bacon, cheese, sour cream, and no fruit, which is perfect for me, because I hate fruit! I also used the Chocolate Atkins shakes for a while on this, and they actually didn’t taste too bad, and they didn’t make me feel sick like other shakes. Also, the Atkins Indulgence bars are an absolute godsend. Just like having a chocolate bar, but diet friendly. My most successful attempt would have lasted probably 2 or 3 months, in which I lost 13kg. The only reason I’m not on this diet now, is because I can’t afford the food I need to keep me satisfied. I’m hoping in the next month or two I’ll be able to get back into it. The other downfall of this diet is some people aren’t able to exercise while on it. My sister for example, when on this diet, if she goes to the gym, she’ll pass out. Luckily this isn’t an issue for me.

I “followed” a non-structured diet for about a month where I ate what I thought was healthy, and kept to a 1200cal/day intake. McDonalds side salads with Italian dressing became my best friend. Coming in at $2 a pop and having virtually no calories, but all the tastiness of the Italian dressing, I was eating 2 nearly every day. The amount of food I was eating was very little, and my stomach shrunk as a result. I lost a few kg, but I felt as though it was just that my stomach was empty, not actual fat loss. 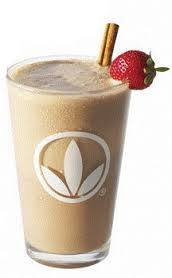 A friend of mine was selling Herbalife, and I decided to buy some off her. I bought the chocolate shake mix, and some other tablet supplements. The shakes were terrible, and everything had this horrible chemical aftertaste. On top of that, the shakes made me feel so sick that I was bed ridden. I only lasted 2 days on this before I couldn’t take it anymore. Very disappointing considering I’d dropped about $130 on it. No weight loss occurs, but as I said, I was only on it for 2 days before I couldn’t stand anymore.

I hope these previous attempts have helped a few of you to see that you really need to find a sustainable path to follow. Although my experiences with shakes have generally been horrible, I do know people that really enjoy them, so please remember, these are just my experiences.

My name is Laura, and professionally, I'm an Engineer. Working in such a male dominated environment, I still enjoy the girly things, but like to get down and dirty as well! I'm currently on a path toward better health, and a better body, and I'd like to take you all on the journey with me! View all posts by becomingbeautifultoday